This historic instrument, located in the Sacred Heart Church, has been celebrated as one of Limerick’s finest musical treasures since its installation in 1924.

The Institute of Christ the King Sovereign Priest purchased the former Jesuit Church in August of 2012, which had fallen into disrepair due to neglect after its sale six years earlier.  This young community, whose seminary and Motherhouse are in Florence, Italy, undertook the vast project of restoring Sacred Heart Church, including repairing its organ.

The former Jesuit Church long held a prestigious role for its music program even since the dedication in 1869. In 1870 a new organ from the company Walker and Sons was installed, labelled “first class” by the local press. Accounts of the dedication ceremonies for the altars in 1876 reveal that the music was of a rare splendour for Ireland at that time, including the Credo from Haydn’s Imperial Mass and the Sanctus and Benedictus from Gounod’s recently composed Messe Solenelle. Rivalling the repertoire of the great basilicas of Europe, the Jesuit Church in Limerick boasted an extremely high musical quality, admired by local music lovers as well as devout church goers for over a century. In 1919 the Jesuits founded the Cecilian Musical Society, named after St. Cecilia, the patron saint of music. The core members were past pupils of the Crescent College and their sisters, and together, they performed operettas and concerts, raising funds for the new organ. The organ was installed by Telford and Telford of Dublin in 1924. 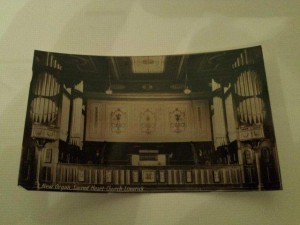 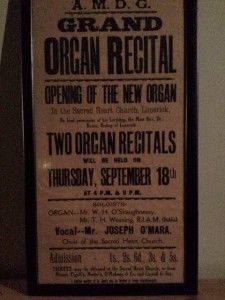 This magnificent instrument contains some 31 stops, or sets of pipes, ranging from the softest and most delicate flute stops to the brilliant trumpet, easily heard from outside the church. Maintained for decades, the organ received less and less attention nearing the church’s sale in the decade preceding. When the Institute of Christ the King purchased the church a working pipe organ seemed simply a distant hope, unrealizable in the face of so many expenses. However, the mechanism of the Telford organ was so well constructed that it was able to be made playable again with minor repairs thanks to Padraig O’Donovan, an organ builder from Clonakilty, County Cork.

Following the initial repairs, the organ was blessed in March 2013 by Monsignor Gilles Wach, the founder and Prior General of the Institute, and a recital was given by Abbé Matthew Walter. The programme for this recital may be viewed below.

Perhaps the two finest composers of French baroque organ music, both Clerambault and de Grigny demonstrate admirably the majestic and solemn character of the “King of Instruments” which renders it so suitable for Divine Worship. Drawing its inspiration from the beauty and grace of the French royal court as well as plainchant melodies from the Sacred Liturgy, this particular period of music often calls for brilliant stop combinations, (the ‘grands jeux’, which means the loudest stops), as well as delicate and subtle combinations of the organs quieter sounds. Frequently composers  such as de Grigny, developed several pieces around a plain chant melody, for example his masterful  Veni Creator, (Come, Holy Ghost), of which we hear the final movement.

Undeniably one of the world’s greatest musical geniuses, the organ music of J. S. Bach reveals the summit of the Baroque style developed and brought to perfection by this devoutly religious and prolific composer. Of his over 1000 compositions, we hear two examples of his organ chorales, short pieces based on German hymn melodies. In both cases the hymn melody itself is in the top voice, ornamented delicately by an accompaniment. Though separated by only a few decades, there is a striking contrast in the musical styles of Bach and the two French composers, illustrating the difference in these two ‘schools’ of Baroque music. If we often associate Bach’s organ music with brilliant toccatas and fugues, his lyricism is nonetheless equally inspiring.

A century later  in the world of German organ music, Brahms, little associated with his organ compositions, brings us to the Romantic period, characterized by the extended use of harmonies as well as freer musical forms. Written at the end of his life, these chorale preludes take a hymn melody, (as Bach did), and weave the composition around it, the theme entering and leaving subtly. The text of this hymn speaks of our re-creation by God after death, emphasized by Brahms’ serene and flowing compositional style which is heard easily in the richness of our lovely Telford organ!

Berceuse (Lullaby) from 24 Pieces in the Free Style

The life of the blind organist of Notre Dame Cathedral in Paris, Louis Vierne, was affected by many tragedies. Without drawing exaggerated conclusions, his music possesses a certain melancholic and gentle, introspective character. His harmonic style, though clearly influenced by the intense musical world of early 20th century Paris, is nevertheless unique to him. A quiet and unassuming man, Vierne and his music were also inspired by the dark and mystical ambiance of the great cathedral. In this gentle lullaby it seems his harmonies evoke colours rather than the stricter musical forms of his predecessors. This great church musician truly offered his life for the Liturgy, as he died at the organ console of Notre Dame, just as he was beginning an improvisation on the plainchant Alma Redemptoris Mater.

This Parisian organist of the late 19th century lived in a musical culture where the organ was achieving an extraordinary reputation and attention. The great churches of Paris each boasted an organist who was often a virtuoso as well as gifted composer and improver. Nourished by the renewed vigour of the Church in France as well as a conservatory system which trained a hitherto unknown quality of musician, Boëllmann and his Gothic Suite evoke all the artistic splendour of this cultural renaissance. The splendid and majestic instrument of the French Court, degraded to playing trite military marches if not sold for scrap medal in the dark aftermath of the Revolutionary years, once again takes its place as King of Instruments, for the glory of the God and the delight and inspiration of listeners. If this suite may be ultimately intended for concert use, its stately themes and devotional moments suggest the fervour of this flourishing Christian and Catholic culture. 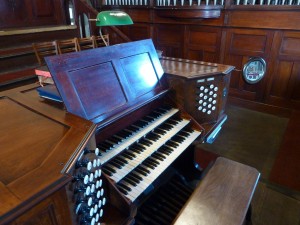 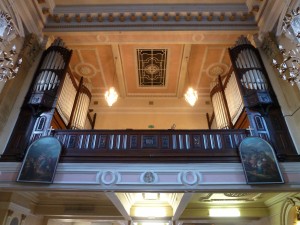